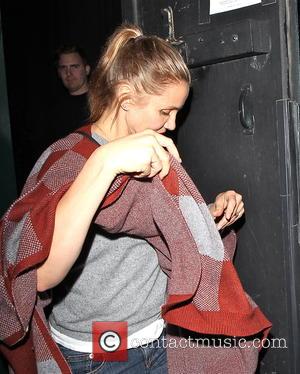 Picture: Cameron Diaz - Shots of a variety of stars as they left the nightclub Largo at the Coronet via a backstage door in Los Angeles,...

An online campaign called #NotThere was started by the Clinton Foundation, the charity launched by former U.S. President Bill Clinton, to mark the day, and participants showed their support by replacing profile pictures on social media sites with the image of a faceless woman.

Diaz replaced her photo on Instagram.com and Twitter.com pages, and wrote, "We're Not There... Yet. Inequality exists at work / at home / at the doctor's office / at school - and yet these issues do not get the attention they deserve. It's almost like we're not there at all.

"Today is International Women's Day and I am taking part in a campaign that literally removes women from the media. You too can participate. Spread the word by changing your profile on Instagram, Facebook, Twitter, etc."