Cameron Diaz is in negotiations to star in raunchy new comedy 'Sex Tape', which would reunite her with 'Bad Teacher' director Jake Kasdan and co-star Jason Segel. 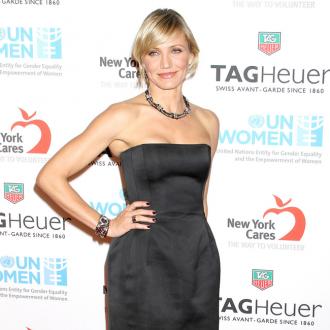 Cameron Diaz is in talks to star in 'Sex Tape'.

The actress is in negotiations to reunite with 'Bad Teacher' director Jake Kasdan and co-star Jason Segel for the raunchy comedy from Sony Pictures, according to The Hollywood Reporter.

The film follows a middle aged married couple who try to spice up their marriage by making a sex tape but are shocked to discover the illicit recording goes missing - prompting a slapstick pursuit to find out who stole it and retrieve it.

The script was written by Kate Angelo and the movie will be produced by Todd Black, Jason Blumenthal and Steve Tisch of Escape Artists.

The actress will next be seen alongside Michael Fassbender and Brad Pitt in Ridley Scott's 'The Counsellor' and will soon begin filming another salacious comedy, 'The Other Woman'.

That film will reunite her yet another director from her past - 'My Sister's Keeper' filmmaker Nick Cassavetes.

The comedy centres on a woman who discovers she is the 'other woman' in a relationship with a married man and teams up with his wife to hatch a revenge plot.