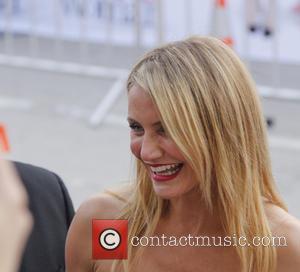 Cameron Diaz, Leslie Mann and Kate Upton were forced to stop skinny dipping together in between takes on new movie The Other Woman after paparazzi discovered their secret dipping spot.

The actresses went for a nude swim together while filming in the Bahamas, and they had so much fun splashing around naked it was decided they should make it a daily thing.

But they had to cover up when photographers turned up on the beach.

Upton tells Live! with Kelly and Michael, "We went skinny dipping in the Bahamas... The next day they (paparazzi) came and we had to stop, which was a real joy kill (sic)."

But the sexy supermodel-turned-actress insists she will be swimming naked again, adding, "Skinny dipping is the best thing ever, why wouldn't we go skinny dipping?"