Cameron Diaz was ''horrified'' when Jim Carrey took his face off after a day's filming on 'The Mask', because parts of it would all be stuck to his face. 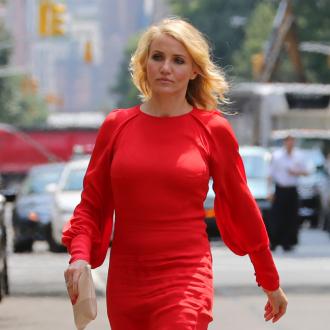 Cameron Diaz was ''horrified'' when Jim Carrey took his face off after a day's filming on 'The Mask'.

The actress' first ever film role saw her appear opposite the funnyman in the titular role as the green-faced, sharp-suited cartoon hero brought to life.

Asked if Jim had scared her on the set of the film, Cameron replied: ''The process of taking it off is terrifying. It's just like, glue and chunks of sponge would stay on his face...''

While she told this to talk show host Ellen DeGeneres, she played a prank on her, as a man dressed up as The Mask crept up on Cameron and surprised her, leaving her in fits of giggles.

The beauty - now 41- also reminisced about coming of age on the set of the movie.

She said: ''What an amazing first experience in film to do that movie with Jim Carrey.

Since making a mark with her debut, Cameron has gone on to star in huge box office hits including 'There's Something About Mary', 'Charlie's Angels' and 'My Best Friend's Wedding'.