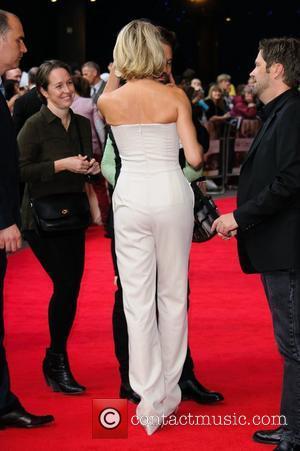 In a recent interview with InStyle magazine, Cameron Diaz revealed that she knew about her best friend Drew Barrymore getting married before Drew did. The Hollywood pair are such close mates that Drew's fiance Will Kopelman bypassed the traditional route of asking the parents for permission to marry his sweetheart and asked Cameron instead.
Will proposed to the former ET actress during their winter break in Sun Valley, Idaho and luckily for him, she said yes. Surely, with the blessing of her Bff, though, it was always destined to be a success. There are rumours circulating that they are marrying this weekend, according to The Sun and Cameron Diaz will be sure to take time out from promoting 'What To Expect When You're Expecting' to make sure that she's there to watch her friend walk up the aisle. As for Cameron, she may have had several high profile boyfriends, in the past (Justin Timberlake, Jared Leto and Matt Dillon are all allegedly notches in the actress's bed post) but she's yet to find Mr Right. Diaz reckons she's happy waiting for him to turn up though and insists that she's no regrets when it comes to past relationships "I would rather have my heart broken a thousand times than never love at all," she told the magazine. "I have so much love to give - I'm not empty of love, I'm full of love."
Chatting about her role in the pregnancy comedy 'What To Expect When You're Expecting', she answered the inevitable question about the chances of having kids, herself. "I've never said I don't want children - I just haven't had children yet. I could end up adopting children. I could end up with a partner who already has children. Who knows?"