Diaz hasn't starred in a movie since 'Annie' four years ago.

After her friend Selma Blair backtracked on her off-hand comments that Cameron Diaz had retired from acting, fans have been a bit confused over the precise status of one of the most recognisable and famous actresses of her generation.

Now, however, confirmation of Diaz’s retirement has come straight from the horse’s mouth, after she, Blair and Christina Applegate sat down for a group interview marking a reunion of the cast of 2002 movie The Sweetest Thing.

The 45 year old star admitted that she’s “literally doing nothing” right now, and so easily found the time for the reunion.

“Maybe I should, you know, I mean, I’m down. I’m literally doing nothing,” she told Entertainment Weekly on Thursday (March 29th).

Christina Applegate then added: “I’m literally doing nothing, too! I’m semi-retired, I haven’t worked for years. I’m a mom, that’s what we do. So I’m around, man.” 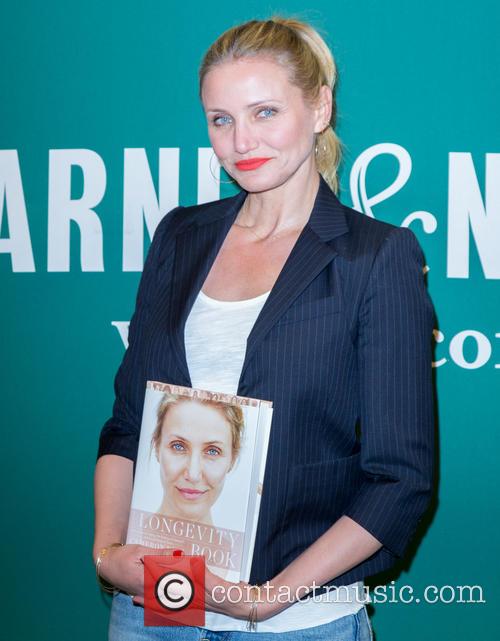 Cameron Diaz appears to have officially retired from movies

“That’s so awesome,” Diaz replied. “I’m totally down. I’m semi-retired, too, and I am actually retired, so I would love to see you ladies.”

More: Cameron Diaz gushes over husband Benji Madden – “when you know you know”

There it is then, Cameron Diaz has retired. Many had been wondering what she precisely she was up to, having not appeared in a movie since 2014’s Annie. Once upon a time, she was one of Hollywood’s biggest stars, featuring in a number of smash hit movies such as The Mask, There’s Something About Mary and Charlie’s Angels, on top of some critically acclaimed indie films like Vanilla Sky and Being John Malkovich.

Reports that she had decided to call it a day with the film industry had started earlier in March, when Selma Blair had told reporters at a red carpet premiere: “I had lunch with Cameron the other day. We were reminiscing about the film [The Sweetest Thing]. I would have liked to do a sequel but Cameron’s retired from acting. She’s like ‘I’m done’.”

“I mean, she doesn’t need to make any more films. She has a pretty great life, I don’t know what it would take to bring her back. She’s happy.”

More: Cameron Diaz believes sex is something we “need” to do for many different reasons [archive]