Cameron Diaz: Children too much 'work'

Cameron Diaz has revealed she has no plans to start her own family as she thinks having children is too much responsibility. 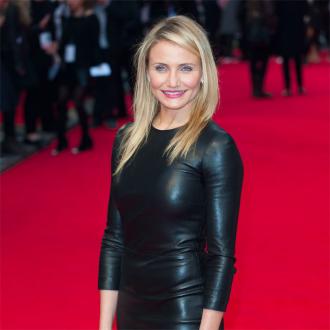 Cameron Diaz thinks having children is too much work.

The 41-year-old actress - who is currently dating Good Charlotte rocker Benji Madden - has confessed she's not interesting in having children as she thinks life is much easier without them.

She said: ''It's so much more work to have children. To have lives besides your own that you are responsible for, I didn't take that on.

''I like protecting people, but I was never drawn to being a mother. I have it much easier than any of them. That's just what it is. Doesn't mean life isn't sometimes hard.

The 'Sex Tape' star gets completely naked on-screen for the first time in her new film, alongside co-star Jason Segel, and admits audiences will see ''everything''.

Cameron told the new issue of Esquire magazine: ''It's a first for me But Jason gets naked, too. It's just a part of the role. So I did it. I mean, you see everything.''