Cameron Diaz branches out into fashion with Pour La Victoire

Cameron Diaz wants to show off her style credentials with her new role as artistic director of accessories company Pour La Victoire. 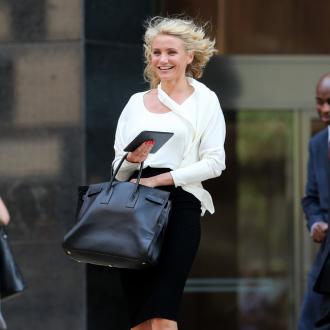 The 40-year-old actress is making a move into fashion by taking a stake in the contemporary footwear and accessories company, and hopes to use her style credentials to make a mark on the New York City-based label.

She told WWD: ''I don't do endorsements really. This is completely different. Being influential in a brand and in its [advertising] campaigns interests me. I love fashion. It's a large part of my life. What I wear is looked at. It influences what other people wear because that's just the world we live in.''

The 'Gambit' star is keen to distance herself from failed celebrity fashion lines and is hoping to achieve similar success to the likes of Victoria Beckham or Mary-Kate and Ashley Olsen.

Cameron said: ''I can't speak about anyone else's work ethic. I know how I work and I know when something is important to me. I'll try my best and hope for the best. Not everyone succeeds or fails all the time. All I can do is engage with it.''

The blonde admits she has ''a lot'' to learn about the business world, but is excited about getting stuck in and designing her own shoe line, which she hopes will be functional as well as fashionable.

She explained: ''I live in heels 10 hours of the day. I know comfort in shoes. There are some shoes you would die to wear but they are painful.

''When I was younger, it was a fight to the death with my shoes and who was going to win. I want to have really great, functional shoes that are staples of the line.''