Cameron Diaz believes in having more than one partner

Cameron Diaz has confessed women expect too much from their relationships and admits having more than one partner might be more realistic. 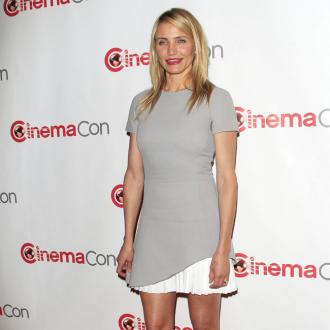 Cameron Diaz believes in having more than one partner.

The 'Charlie's Angels' actress, who has dated fellow celebrities including Justin Timberlake and Jared Leto in the past, has confessed she thinks women expect too much from men in a relationship.

She said: ''For some reason, we get into relationships and we expect one man to understand all the parts of us and meet all of those needs.

''I think that's where everything fails.''

The 41-year-old star, who is currently single, was asked if she thought having more than one partner was better, to which she replied: ''Why not? Why would that be so bad?''

Cameron - who is currently starring in 'The Other Woman' as a woman who has found out her boyfriend is married - also admitted she has lots of female friends who each satisfy different needs.

She told the Daily Mirror newspaper: ''We can have all of these girlfriends, all of these friendships. I know with my girlfriends I do totally different things with each one of them.

''There are different commonalities in each one of them and when I want to do those certain things, I can go to that girlfriend and we do those things together.''