Benicio Del Toro and Cameron Diaz are to play the lead roles in an adaptation of the Jane Heller novel 'An Ex To Grind'. 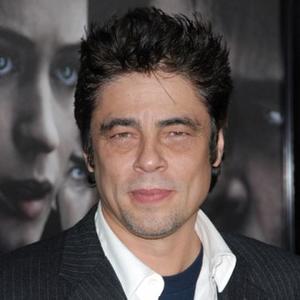 Cameron Diaz and Benicio Del Toro have been cast in new romantic comedy 'An Ex To Grind'.

Del Toro - the new face of Magnum Gold ice creams - plays an athlete-turned lazy slob in the movie, which is based on the Jane Heller novel of the same name.

Diaz will play his wife who turns into a Hollywood movie star just as his career hits troubled times following injury.

Puerto Rican born Del Toro is a newcomer to the romantic comedy genre, with previous movies including 'Traffic', 'The Hunted' and most recently horror 'The Wolfman' with Emily Blunt.

Diaz is more acclimatised with the style of film, having worked on 'The Holiday' and 'What Happens in Vegas'. She is currently filming Jake Kasden-directed comedy 'Bad Teacher' with her ex-boyfriend Justin Timberlake.

'An Ex To Grind' does not yet have a director attached and has no release date.