The musician was diagnosed with osteosarcoma in 2011.

Camera Obscura keyboardist and singer Carey Lander has died after battling cancer, the band has announced. Lander had been diagnosed with osteosarcoma, a rare type of bone cancer, in 2011 and her illness had forced her to take time off from the band earlier this year. The band announced Lander’s death on their official Facebook page writing, ‘It is with the greatest sadness, that we must share the news that Carey passed away peacefully this morning after her illness with cancer.

‘We have lost our friend and band mate, and our deepest sympathy goes out to her partner, Kenny, and to all her family and friends.’ Since her diagnosis Lander had raised more than £50,000 to help fund research into the rare form of cancer.

Lander’s bandmates, Tracyanne Campbell, Gavin Dunbar, Kenny McKeeve and Lee Thomson said the keyboardist had been “touched” by the support given to her fundraising page through JustGiving.

'She was left in no doubt how much you all loved and appreciated her, and we’d like to thank you all for the support and kind words you have been sending to us and her. The band, our music, and all of you who have enjoyed it over the years, meant so much to her,' the band added.

On her JustGiving page Lander had written, ‘It's probably too late to help me, but it would be great if we could find something in the future that means children don't have to undergo such awful treatment and have a better chance of survival.’

‘I've been quite fortunate in that I have been able to have periods of living something of a normal life in the last 4 years and to continue playing with Camera Obscura. Being able to record the album we had started working on before my diagnosis, and to travel and play shows again has been amazing, and I'm very grateful to everyone that's bought out records, come to our concerts or supported us in some way.’ 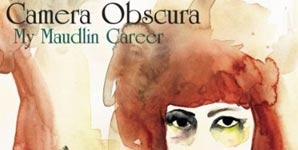 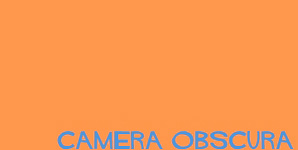