Scottish Dj Calvin Harris Is Firing Back At Reports Suggesting His Infidelity Has Ended His Romance With Girlfriend Taylor Swift By Threatening To Sue The Gossips Behind The Tale. 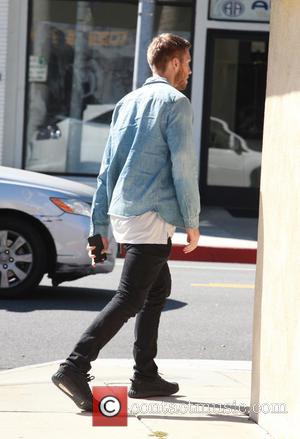 Editors at news site RadarOnline published the report on Monday (12Oct15), going so far as to suggest the Bad Blood singer broke up with Harris after finding out he was the recipient of a sexual 'happy ending' during a recent visit to a Thai massage parlour in Los Angeles.

Hours after the gossip hit the Internet, Swift's publicist Tree Paine took to Twitter to slam the story, writing, "I've said it before and I'm saying it again, do not believe Radar Online."

And now angry Harris has gone even further, tweeting, "It's not going to be a 'happy ending' for everyone I sue for defamation of character for all these bulls**t stories bye bye".

Swift, who went public with her Harris romance in May (15), has yet to comment or tweet about the gossip.