Calvin Harris tests all his tracks out in the bathroom to ensure the bass is loud enough. 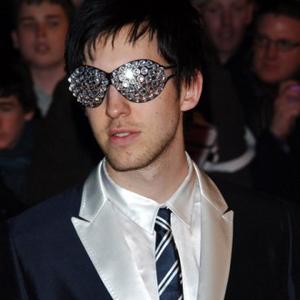 Calvin Harris tests his music out in the toilet.

The 'Bounce' singer revealed he makes sure his tracks "go off" by playing them on the bathroom floor to ensure the bass is loud enough.

He said: "DJs don't have to worry about playing my music ¬because I always test my tracks a ¬million times to make sure they go off.

"On the toilet is the best listening time. Put your computer on the bathroom floor and it amplifies the sound."

Calvin is not the only star to use the bathroom to perfect his hits - Taylor Swift recently revealed she was so desperate to write down an idea in an airport, she had to write it on towels in the bathroom, while Lady GaGa recently said she wrote her hit 'Hair' while she was on the toilet.

She said: "We were creating the track in the studio and then I got up to go to the bathroom. I was taking a pee and then I thought of the chorus."

Meanwhile, Calvin is excited about how popular European dance music currently is, especially In America.

He told the Daily Star Newspaper: "European dance music is taking over the world. America loves it more than we do.

"At the moment there are more ¬resident European DJs in Las Vegas than there are in Ibiza, that's how popular dance music is. I go there twice a month."