Calvin Harris produced Tinchy Stryder's new single 'Off the Record' despite years of chart rivalry between them. 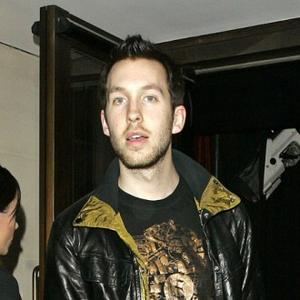 Calvin Harris has collaborated with Tinchy Stryder on the rapper's next single.

The 'Ready for the Weekend' hitmaker produced Tinchy's new song, 'Off the Record', and despite the fact they've been chart rivals for years, Tinchy says they had a good time recording it.

Tinchy told the Daily Star newspaper: "I've just recorded a new single with Calvin and it was a lot of fun.

"Calvin produced it for me, I've always liked his producing style and even in my sets, my DJ puts his tracks on.

"We've always had a lot of banter together. My album kept him off the top spot and his singles have kept me off the top in the past."

Tinchy and Calvin fell out over twitter in 2009 but have since made up and are friends again online, which led to their collaboration.

Tinchy added: "He sent me the tracks over and I picked the one I liked. I brought what I brought and we met halfway over it. We spent more time talking through emails than we actually spoke. Calvin is a very online guy."

Although Calvin is working with Tinchy, fellow British rapper Dizzee Rascal recently said he is desperate to collaborate with the DJ again - after they made singles 'Dance Wiv Me' and 'Holiday' together - but said he's had trouble getting in touch with him.

He said: "I loved working with him but I can't get hold of him lately. If I could I'd be happy to collaborate with him again. I can't find him, he's all over the place right now."