Calvin Harris was soaked by a drink-slinging reveller, but continued unperturbed. 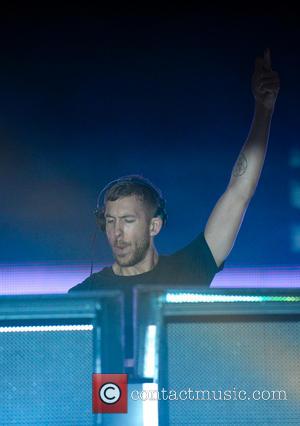 Calvin Harris was given an almighty soaking by a member of the audience at this show at London's Project Club at the weekend. The Scottish DJ was 30 minutes into a planned hour long set when he was given a watering by a fan who got a little excited. Ever the professional, Harris stuck up two fingers, downed a shot, and continued with his set which ended up being four hours long.

A club source said: "Calvin took it all in his stride. He even joked that next time he DJs he'll wear waterproofs. The culprit was dealt with very quickly and 95 per cent of the clubbers didn't even notice. Calvin was a pro and carried on unphased and ended up DJing for extra time when a lot of lesser performers would have stormed off." It's probably not difficult for Harris to keep an audience on the dancefloor for four hours - his latest album 18 months is packed with chart hits. I Need Your Love, featuring Ellie Goulding, has become the eighth top ten track from the album. It means Harris now holds the record, overtaking Michael Jackson who scored seven Top 10's from his Dangerous record.

Harris is about to take off to the U.S for a handful of shows, before heading back to Europe for the summer. He'll play multiple shows in Ibiza and Mallorca before returning to the UK for a number of festivals including Oxegen and V Festival.

Watch the video for Calvin Harris' I Need Your Love, Feat Ellie Goulding!