Review of Ready For The Weekend Album by Calvin Harris

Review of Calvin Harris' album Ready For The Weekend 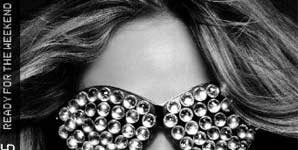 Calvin Harris is the most unlikeliest of pop figures, being a geeky giant from Dumfries that confesses to have made music on a games consol at the age of 14 means he probably wouldnât get past the first stage of X factor. But what does that matter? Geek is far more interesting than that of conventional pop star and besides Harris possesses the one thing his tedious pop contemporises seriously lack and thatâs quite simply, creative talent. Whether you like him or not, itâs become impossible to deny his ability to write the catchiest of summer hits, and even if you donât admire that quality in music you can always just be grateful that itâs him and not DJ Sammy dominating the manufactured minefield that is the UK singles charts.

It doesnât get a lot more catchier than album opener Rain. With its utterly obscene saxophone intro, you know youâre in for the most hilarious of rides. Seriously! Who opens an album with a saxophone? Itâs these kind of curveballs that make Ready for the Weekend an intriguing listen from start to finish.

Some of the lyrics on Ready for the Weekend are laughable rubbish though and he really shouldnât be able to pull it off âcome and get the dream/ghosts right through the cemeteryâ but somehow he does, because quite frankly they donât matter, theyâre probably below tweeting on his priority list.

There are also the smash hit singles, Ready for the Weekend with its happy go lucky intro and bellowing 90s house anthem chorus âPut on my shoes and Iâm ready for the weekendâ making it about as radio 1 A list as you can get and no doubt destined to feature on a DFS advert in the near future. However itâs with number 1 single Iâm Not Alone that Harris takes the album to its peak, an intelligent and moody creature, it features a rare moment of human emotion with its opening lyrics of âgod I cant do this anymore as many feet walk through the door/Iâm not aloneâ itâs almost touching albeit in a similar vein to when a cyborg cries in Blade Runner, but touching all the same.

Ready for the Weekend is an album packed with potential hit singles, making Calvin Harris a record companies dream come true, some of its material is shamelessly commercial and some of it intelligent and well thought out but one thing that remains consistent throughout is its obvious ambition and thatâs something that can only be admired.