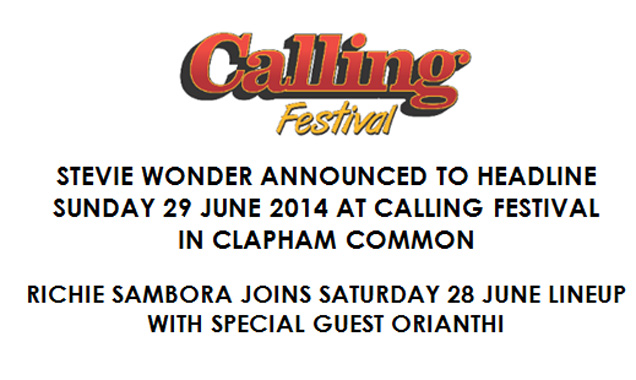 Live Nation today announces that Stevie Wonder, one of the most celebrated and prominent figures in popular music, will headline Sunday 29 June 2014 at Calling Festival in London, while Richie Sambora will join the Aerosmith lineup on Saturday 28 June. The two-day event will take place in Clapham Common on 28 & 29 June 2014. Tickets go on sale at 9am on Friday 11 April 2014

Stevie Wonder will astound crowds in Clapham Common this summer with a live show packed with unequivocally classic songs on Sunday 29 June. Renowned as a live performance tour de force, Stevie Wonder's unmistakeable music will be a perfect closing headliner to the an amazing weekend of music.

Live Nation's Vice President of Promotions, Toby Leighton-Pope commented: "We're thrilled to welcome Stevie Wonder to Calling Festival. His music is timeless and this show will be one of the highlights of the summer! Richie Sambora joins the Saturday billwhich is looking fantastic, it's going to be an unforgettable event."

Earlier this month Aerosmith were announced to headline Saturday 28 June at Calling Festival, with Thunder, Joe Bonamassa and Walking Papers also confirmed. Stevie Wonder is the first act to be announced for Sunday 29 June, with many more exciting additions will be announced over the coming weeks.

Calling Festival has taken the established Hard Rock Calling festival and given it a fresh new twist at a brand new home. The festival, held at London's Clapham Common, will feature multiple stages with 20 of the hottest acts in rock and pop performing each day, some exciting surprises and amazing on site facilities including an array of food stalls, funfair and much more. 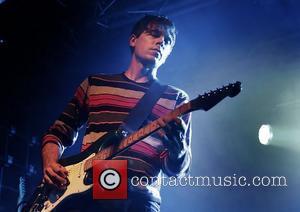 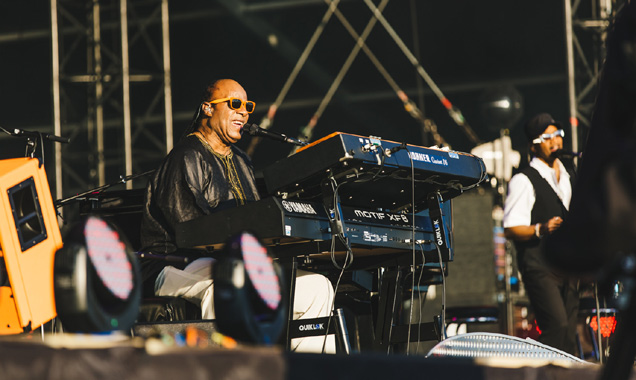