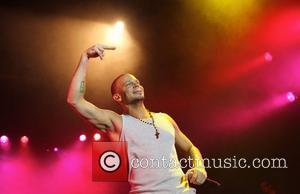 Calle 13, the Puerto Rican hip-hop duo best known for their politically charged lyrics and Afro-Caribbean beats, broke the record for most wins at the Latin Grammy Awards on Thursday (10th November 2011), taking home 9 out of the 10 prizes they were nominated for, reports the Associated Press.
Despite their anti-establishment outlook and scorn for the mainstream music industry, brothers Rene Perez Joglar and Eduardo Jose Cabra Martinez dominated the awards, also breaking the record for most awards collected over a career. Speaking at the ceremony in Las Vegas, frontman Joglar said, "It's a triumph for music and art. For me, this is a gift I'm giving to everyone so that they can feel proud of their roots, of their homeland...That's really lacking here in the United States". One of the duo's songs 'Calma Pueblo' won the award for Best Alternative Song, despite its lyrics that proclaim the Vatican to be the biggest mafia organisation in the world. The group were also triumphant in the categories of Producer of the Year, Beat Short-Form Music Video and Best Tropical Song. They only failed to land the tenth honor after being nominated twice for Album of the Year, for their 'Sale El Sol' record with Shakira. No other nominee came close to matching Calle 13's success, not even Shakira, who became the youngest recipient of the Latin Recording Academy's 'Person of the Year' award but dedicated the gong to Calle 13, saying, "With their voices and their music, they cure all our pains and make us forget our sorrows".
Elsewhere at the star-studded ceremony, held at the Mandalay Bay Events Center, Pitbull and Marc Anthony shared the stage for a rendition of their hit 'Rain Over Me', while crossover stars Sean Kingston and Demi Lovato also performed. 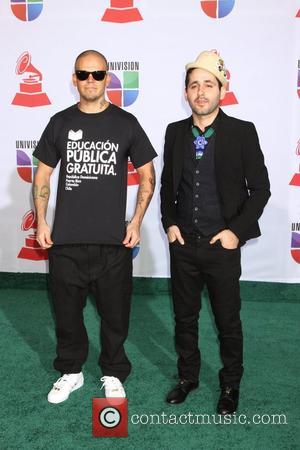