The model gave birth yesterday morning (21.06.12) at 1am at Vanderbilt University & Medical Center in Nashville, and the tot weighed 7 lbs.11 oz.

A spokesperson for the pair told People magazine ''Mom, Dad and baby are happy, healthy and enjoying their new addition.''

The 30-year-old rocker married the Victoria's Secret beauty at San Ysidro Ranch in Montecito, California in May 2011 after dating for more than two years and Caleb previously revealed he couldn't wait for them to have kids.

He said: ''I can't wait to raise a family with her because she's a great woman.''

Lily - who walked down the aisle in a custom-made Vera Wang gown - previously revealed her wedding was perfect and says she wouldn't have changed anything about the sunset ceremony. 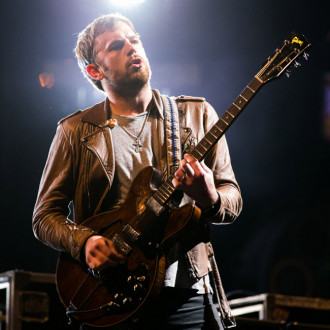