Review of B-sides and rarities Album by Cake 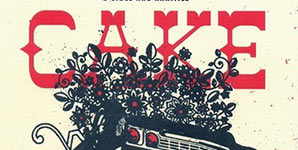 Cake are a US indie band whose style has varied over the years since 1994's Motorcade of Generosity. The 'red thread' has been their invention and intelligence - they're closer, intellectually, to They Might Be Giants or Talking Heads - as well as a comfort with styles such as country, jazz and rap. The spare lead guitar is a feature that draws in the listener to an entrancing mix.

Cake songs have been used to add indie flavour to movies and TV programmes like Shallow Hal, Anchorman and ER. B-sides and Rarities is the band's sixth album, and features a bunch of covers (including a Muppets song - Mahna, Mahna - which is the funkiest thing you'll have heard all year!) plus a couple of live songs. The covers give the band the room to breathe deeply. They include Kenny Rogers' Ruby, Don't Take Your Love To Town, Black Sabbath's War Pigs, Barry White's Never, Never Gonna Give You Up and Frank Sinatra's Strangers In The Night. And they all come off like proper tributes, staying the right side of knowingly ironic. In the end, this is a proper disc by a band that deserves more credit on this side of the Atlantic.