Review of Motorcade Of Generosity Album by Cake 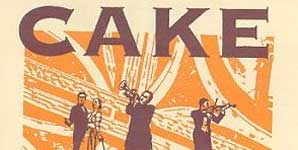 Based in Sacramento, California, Cake are a quintet who originally formed in 1991. Currently on tour in America, they have released five studio records and have a sixth due later this year. This is a re-issue of their 1994 debut album.

Conjuring images of a sunset on the Riviera, 'Comanche' (the name of a Native American tribe) is a smooth mid-paced tune that would have couples swaying on a dance floor. Trumpets add to the beautiful sound, though the lyrical content is seemingly quite serious, hinting at deforestation to expand urban areas. Obviously not ones afraid to express an opinion, 'I Bombed Korea' comes across almost as a drunken rambling, while 'Mr Mastodon Farm' is a folk-rock hybrid that Beck has done much better. Cake also display an aptitude for incorporating a flamenco taste ('Up So Close'), country ('Pentagram') and surprise with the intense rock'n'roll of 'Jolene', which has a funky guitar line and euphoric outro, but ultimately the majority of tracks lack the hook to implore a repeat listen.