The comments were made during an interview reacting to the Change.org petition to have her lecture at Cardiff University cancelled.

Germaine Greer has refused to back down from her controversial comments regarding transgender women, accusing Caitlyn Jenner of upstaging the female members of the Kardashian family.

Greer, the Australian-born feminist and campaigner, had been heavily criticised for an interview she had given on BBC2’s ‘Newsnight’ program on Friday (October 23rd) in which she claimed that Glamour magazine’s decision to award Jenner, who underwent a gender transition operation earlier in 2015, with their Woman of the Year award was largely motivated by “misogyny”.

She also repeated her position on transsexual women, who have begun life as men before undergoing surgery and hormone treatment, are “not women”, saying that they do not “look like, sound like or behave like women.” 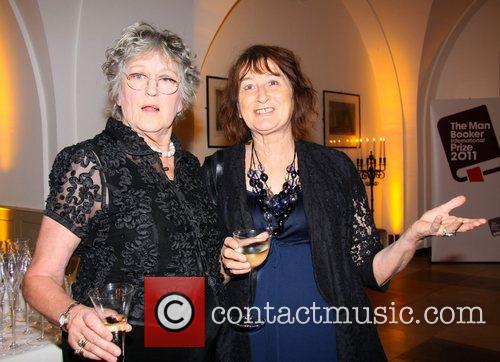 About Glamour’s rumoured decision, Greer had said: “I think misogyny plays a really big part in all of this, that a man who goes to these lengths to become a woman will be a better woman than someone who is just born a woman.”

More: Caitlyn Jenner’s ‘I Am Cait’ renewed for second series

On Jenner’s own reality TV show ‘I Am Cait’, which has this week been renewed for a second season, she also said: “It seems to me that what was going on there was that he/she wanted the limelight that the other, female, members of the family were enjoying and has conquered it, just like that.”

The interview was conducted in the aftermath of a petition being set up on Change.org that has attracted more than 200 signatures, calling for Greer’s scheduled lecture at Cardiff University to be cancelled on the grounds of her views being “problematic” for transgender people. Greer told the BBC:

“I was going to talk about women and power... because I think there is a lot of triumphalist [sic] talk that masks the real historic situation. And apparently people have decided that because I don't think that post-operative transgender men... are women I'm not to be allowed to talk.”