Caitlyn Jenner reportedly spends 90 minutes getting ready in the morning where she says the ''magic happens''. 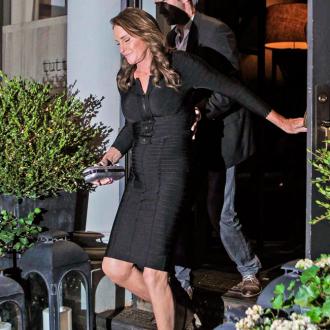 The 65-year-old beauty - who was known as Bruce Jenner before undergoing a gender transition - reportedly spends an hour and a half at her vanity table every morning.

A source said: ''For 90 minutes in the morning Caitlyn sits down at her vanity table and she says that's where the magic happens.

''She sleeps with Vaseline on her face, so it's already moisturized, but she starts with a steamer, then a masque, then she spends 20 minutes massaging her face.''

Her intense beauty routine has started to worry her close pals.

The source added to RadarOnline.com: ''She calls the end of the evening her 'relax retox' and her rituals are just as methodical.

''But some of her friends worry she's becoming a bit OCD with her new habits - she freaks out if she's running low on Q-tips!''

Meanwhile, an insider previously claimed that Caitlyn gets style tips from her daughter Kylie Jenner and step-daughter Kim Kardashian West.

They said: ''Kim encourages Kylie to copy her, it's true that she think it's cute. She's started picking out clothes for Kylie. She's been helping style Caitlyn [Jenner] and now she's trying to doing that for Kylie too.

''Kylie has her own ideas and isn't going to completely let Kim take over but she likes the attention. Going through fashion magazines together and picking out their ''looks'' has become a fun bonding thing for Kim and Caitlyn and Kylie.''