She was honoured with the Arthur Ashe Courage Award at the annual ceremony in Los Angeles.

Caitlyn Jenner delivered an emotional acceptance speech at the ESPY Awards on Wednesday evening, using her platform to urge everybody, not just sportspeople, to accept transgender people for who they are.

The 65 year old, a former Olympic gold medal winner and who made her transition to her new identity as Caitlyn Jenner earlier this year, was given the Arthur Ashe Courage Award at the annual ESPY ceremony in Los Angeles on Wednesday evening (July 15th) in recognition of her bravery in revealing her transgender identity. 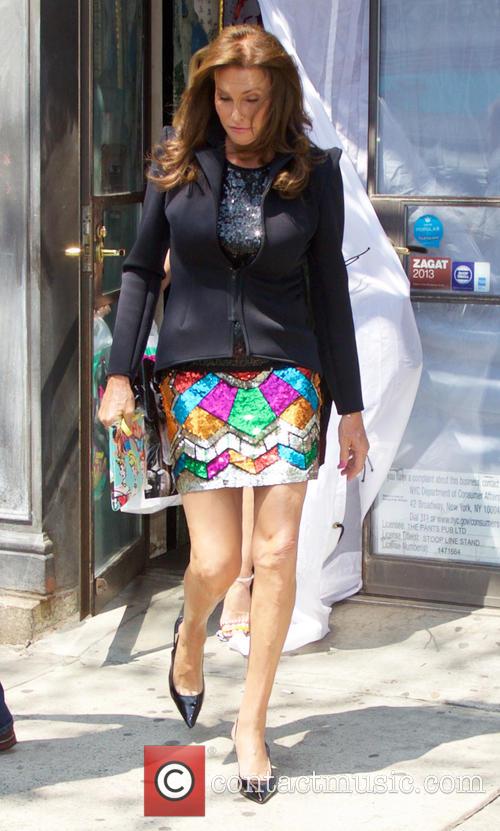 Caitlyn Jenner was presented with the Arthur Ashe Courage Award

“Trans people deserve something vital. They deserve your respect,” she said. “If you want to call me names, make jokes, doubt my intentions, go ahead, because the reality is, I can take it. But for the thousands of kids out there, coming to terms with being true to who they are, they shouldn't have to take it.”

The moving speech was the most high-profile public appearance made by Jenner since the famous Vanity Fair cover shoot in May, which introduced the world to Jenner’s identity as a woman. In acknowledging the struggles of transgender people, she mentioned the teenagers Mercedes Williamson, who was murdered in Alabama, and Sam Taub, who took his own life in Michigan.

Jenner was presented with the award by Abby Wambach, a member of the Women’s World Cup-winning soccer team in Canada earlier this month.

“It's not just about me, it's about all of us accepting one another,” Jenner said near the beginning of her speech. “And while it may not always be easy to get past the things you always don't understand, I want to prove that it is absolutely possible… if we only do it together.”

Finally, Jenner acknowledged the support of her family and thanked those present, including her stepdaughters Kim and Khloe Kardashian. “You guys have given so much back to me, you've given me so much support,” she said, tearing up. “I am so, so grateful to have all of you in my life.”