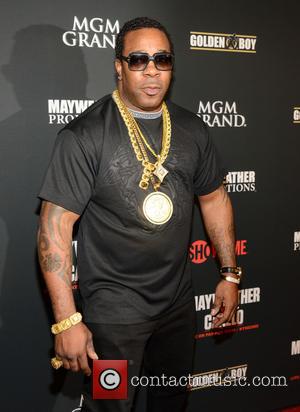 Busta Rhymes was forced to miss out on celebrating the birthdays of fellow rapper Fabolous and R&B singer Trey Songz on Thursday (21Nov13) after he was denied entry to their joint party.

The Touch It hitmaker, who has previously collaborated with Fabolous, turned up at Tokya nightclub in New York to attend the private bash, but was left out in the cold after security personnel revealed he was not on the guestlist, according to the New York Post.

Among the famous faces who were allowed in were producer pals Jermaine Dupri and Irv Gotti, while DJ Clue kept the crowd entertained by taking charge of the music for the night.

Busta Rhymes Bloodied And Bruised After Fall At Surprise Gig