The 42 year-old rapper had blood dripping from his head after falling into the crowd while performing with fellow O.T. Genasis.

Busta Rhymes was left with a bloody injury on his head after falling off stage at Webster Hall in New York City where he was performing with fellow hip-hop artist O.T. Genasis early on Friday morning (Nov 28th). 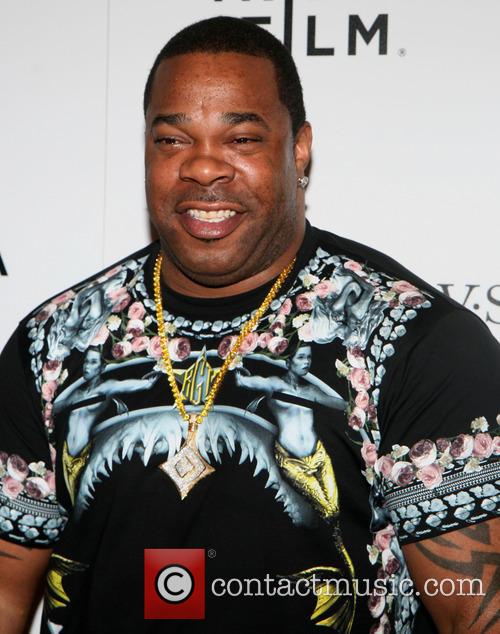 The following afternoon, Busta quickly uploaded a video of the incident to Instagram and Facebook, which shows him holding a cigar in one hand and a bottle of liquor in the other moments before he fell head-first into the crowd.

TMZ posted a photo of the 42 year-old rapper that shows several people helping him up while blood is dripping from his head.

More: Where Does Your Favourite Music Come From? Song Writers B.O.B, Busta Rhymes, Luke Laird and Snoop Dogg Chat On Stage About Influences

Busta also gave an update on his condition via Twitter, he posted, "I salute all calls frm family and friends makin' sure I'm good. Just4 the record I'm super good!! When you love what you do and ur passionate about winning u go hard!"

The fall occurred when Busta and O.T. Genasis, who is signed to his Conglomerate record label, were performing the young rapper's new hit track 'CoCo.'

"This is what happen when ?#?THECONGLOMERATE? money starts changing and when we got the hottest record in the country," Busta wrote on Facebook. "Congrats 2 [email protected] ?#?Coco? on Itunes now!!!"

More: 'Nas: Time Is Illmatic' Marks The 20th Anniversary Of One Of The Greatest Ever Rap Albums [Trailer]

"YO WIZ @mistercap BUSTA STAGE DIVE WAS BETTER THAN YOURS. LMFAO," he jokingly added, referring to Wiz Khalifa tumbling off stage while performing at a concert in Boston in 2010.

"We done fell off stages and broke limbs while performing and kept going," Busta later tweeted. "We stay on level 10...we always will be on 10!! We just took 1 step 2 far off the stage and that was it! S--t happens but I love it cause we live it!"