In the four-year custody battle with ex-girlfriend Joanne Wood, Busta Rhymes has been furiously criticising her. Not over her parenting skills, but over her sexuality.

Busta Rhymes' ex-girlfriend, Joanne Wood, has been the focus of a four-year-long stream of hatred from the rapper. She now claims that this hatred comes not because she is a bad parent to their three children, but because she is a lesbian. Rhymes, real name Trevor Jones, has supposedly been bitter during their battle for custody rights, because he is angry that Wood loves a woman more than him.

Wood spoke to the 'New York Post', explaining: "His ego is definitely hurt." In promotion for his album, 'The Big Bang', Rhymes has been hurling abuse at, and talking badly about, Wood - despite being awarded custody of the children in December, 2005. A court ruling decided that he was a better suited parent than she was.

13-year-old T'Ziah, 6-year-old T'Khi, and 5-year-old Trillian, apparently live with Rhymes' mother in her New York home while he is away on tour. Wood continued to criticise Rhymes' behaviour, saying: "Fighting me because your ego is hurt, you're not hurting me, he's hurting the kids. They know exactly what's going on, which bothers me." 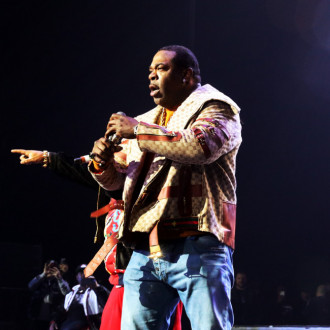