Rapper Busta Rhymes Has Been Arrested Following An Alleged Fight Inside A New York City Gym. 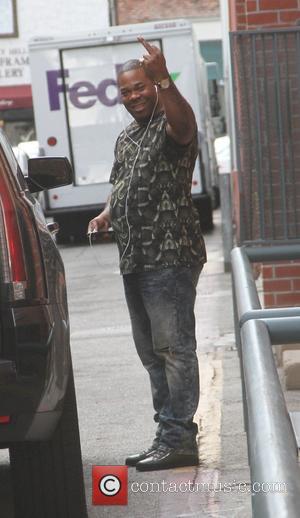 The Touch It hitmaker reportedly threw a bottle containing a protein drink at an employee at Steel Gym during a dispute on Wednesday night (05Aug15). The container allegedly hit the worker on the back of the head, but he was not seriously injured.

Rhymes, real name Trevor Tahiem Smith, Jr., was arrested and charged with assault. He was released from jail early on Thursday morning (06Aug15).

Upon release, he told the New York Daily News, "It's stupid... It's ridiculous, it was literally a bottle of Muscle Milk" and his lawyer Scott Leemon added, "This is clearly an attempt by someone to take advantage of Busta. He did nothing wrong... This is a bunch of bull."