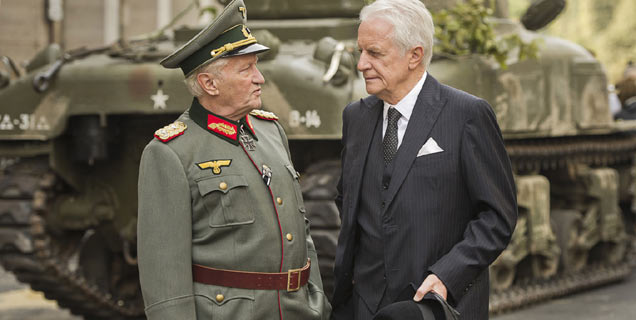 By Jay Antani
OK
Is there any room for social activism in this day of lockstep capitalism? How does one militate against a system when one is too busy just trying to make ends meet? Indeed, the machinery of what one character in Hans Weingartner's The Edukators calls a "capitalist dictatorship" depends on the subjugation of the weak and the poor -- those mostly likely to revolt -- so that the rich can remain in power. It's not a revolutionary observation, but it remains a provocative one and forms the basis of Weingartner's seriocomic parable, which he co-wrote with Katharina Held.

In such an unjust society, what's a pretty girl to do? If you're the hapless Julie (Julia Jentsch), you scrape by as a waitress in an upscale restaurant, struggling to pay your rent, chafing all the while under the glare of your snide superiors. Julie's lot only gets worse when she's booted from her apartment and, soon after, from her job. Luckily, her boyfriend, Peter (Stipe Erceg) offers to put her up in his hovel -- one he already shares with Jan (Daniel Brühl), his close friend and political confidante.