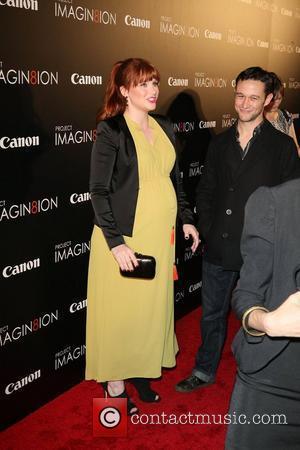 Picture: Bryce Dallas Howard, at the 'Long Live Imagination' campaign screening of 'When You Find Me' at the American Museum of Natural History. New York...

Bryce Dallas Howard has been spotted in Los Angeles in one of the first public sightings of the actress since she gave birth to her daughter Beatrice four months ago. Tmz.com posted the images of Howard walking in the sunshine on Monday (May 14, 2012), and Twitter burst into life soon after.
The 31-year-old kept it casual with a comfy pair of sweat pants and slippers, though she appears to have maintained the majority of her baby weight. Bryce - who's nominated for an MTV Movie Award for 'Best On-Screen Dirtbag' - is also a mother to a 5-year-old old son with Seth Gabel. Some Twitter users were critical of the actress, with one saying, "Bryce Dallas Howard ... holy cow. What happened?" and another offering, "Dear Bryce Dallas Howard: Please share some of that ginger love. Looks like you have tons", but most fans of the star applauded her for stepping out in public. One supporter said, "I am glad Tmz posted that picture of Bryce Dallas Howard. That's what women look like when they give birth, not Beyonce!", and another adding, "Stop the presses! Bryce Dallas Howard had the audacity to appear in public before losing her baby weight". Of course, the Beyonce reference comes after the R&B star appeared to lose the entirety baby-weight in just a couple of months, following the birth of her and Jay Z's first child Blue Ivy.
Dallas Howard currently has no projects in the works for 2012. Her last movie appearance came in the Seth Rogen comedy '50/50'.