Bryce Dallas Howard felt very hurt by ''viscous'' comments made about her weight when she attended an event just days after giving birth to her six-year-old son Theo and she now avoids reading stories about herself online. 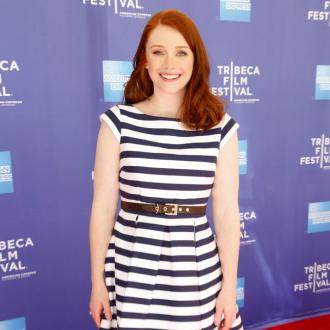 The 32-year-old actress, whose father is director Ron Howard, was left hurt by ''vicious'' comments aimed at her when she attended a red carpet event just days after giving birth to her son Theo, now six, in February 2007 and ever since she avoids Google searching her name.

She told RadarOnline.com: ''People are so vicious. I now know to stay away from stuff that I used to see on the internet. I don't go online and read stories about myself anymore.

''People were picking on me when I did the 'Spiderman 3' press tour literally just 14 days after I gave birth. I can't be in that headspace. I just don't look myself up. I had a baby, that isn't going to change, so I ignore things so I can be in my own little bubble.''

Bryce - who also has 16-month-old daughter Beatrice with her husband Seth Gabel - says her main priority in life is to be the best mother she can be and she describes her mum Cheryl as a wonderful role model.

As a tribute to her mother, the flame-haired beauty has recorded an audiobook of Cheryl's novel 'In the Face of Jinn' and hopes the effort she put into the project will make her mum ''proud''.

She added: ''It isn't anything she ever says to me. It's that she is brilliant and steady and a rock for our family. [Recording the book] was not easy! I worked with the same dialect coach I used on 'The Help' but I did all the characters and I am so proud of the book.

''Doing it was so meaningful and has given so much to both of us. My mother is an exceptional woman of integrity and it was such a big deal for her to accomplish the book. I hope I make her proud.''