Inside 'Days of Future Past', "Now I Really Feel I'm Making an X-Men Movie"

X-Men: Days of Future Past is getting closer.

Fox has released the X-Men: Days of Future Past behind-the-scenes featurette as it prepares its promotional material ahead of the movie's release on May 23. Mainly featuring Bryan Singer explaining his reasons for getting back into the director's chair for the latest entry in the long-running superhero series, the new clip also features some pretty neat looking footage from the blockbuster.

Ian McKellen in X-Men: Days of Future Past

Singer's first two movies starring Hugh Jackman paved the way for the younger cast (McAvoy, Fassbender, Lawrence etc) to take a hold of the franchise, though the filmmaker is delighted to be forging both teams together for Days of Future Past.

"I also had the chance to work with actors that I was so familiar with, and I had such a great experience with in X-Men one and two."

"So I wanted to try and find a way to combine these two casts, and the subject of time travel has appeared in a number of X-Men comic books, so it was an obvious choice," he said.

Hugh Jackman in X-Men: Days of Future Past

"For the younger cast, it wasn't until they walked out onto the blue hallway, standing next to Hugh Jackman in full Wolverine makeup, James McAvoy said to me, "Wow now I really feel that I'm in an X-Men movie."

"It's a personal opportunity to reach into the past myself, and reunite with old friends."

Though Matthew Vaughn did an admirably job with First Class, it's a hugely appealing prospect for a filmmaker of Singer's quality to be returning to the X-Men fold to join separate strands of the franchise.

More: Analysing the new trailer for X-Men: Days of Future Past

More: Different generations of superhero combine in Days of Future Past 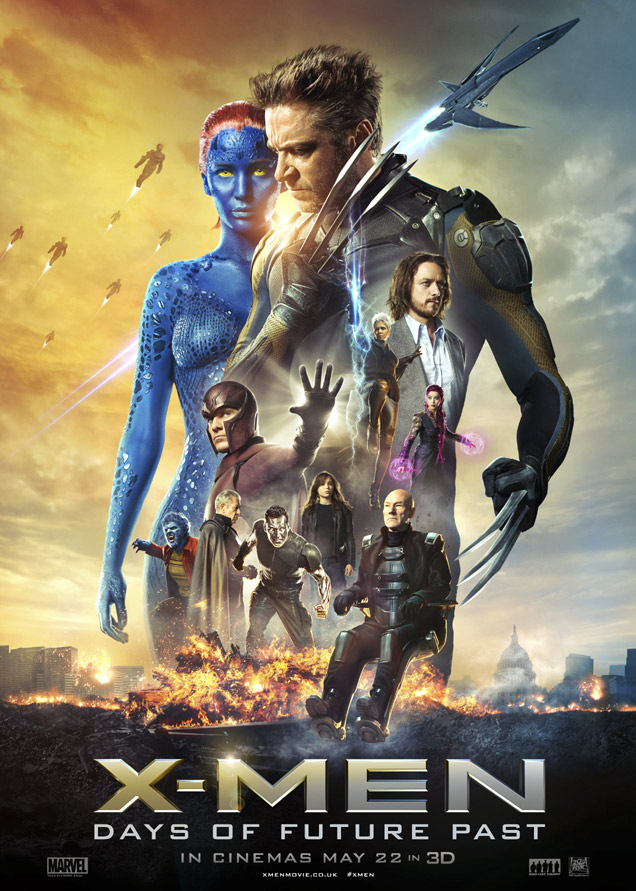