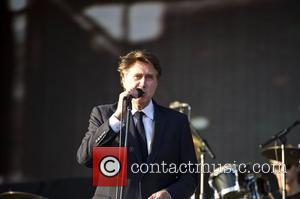 Bryan Ferry has opened up about his mystery medical scare earlier this year (11), revealing an abnormal heart rhythm was to blame for his hospitalisation.
The Roxy Music frontman was forced to pull out of an appearance at a concert in London in April (11) to undergo testing after falling ill at his home.
Reports speculated that Ferry suffered a heart attack, but now the 65 year old admits the problem was caused by arrhythmia, an irregular heart rhythm.
But the star has been looking after his health and tells Britain's Radio Times he now feels "fitter, funnily enough".