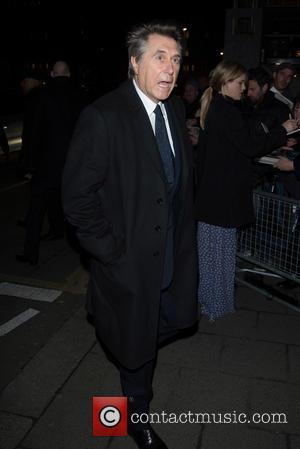 Singer Bryan Ferry has praised Britain's National Health Service (Nhs) for supporting his son as he recovered from injuries sustained in a horrifying car crash.

Merlin Ferry, 24, the star's youngest son, was cut free from his mangled car in December (14) before undergoing several operations to treat multiple injuries including bone fractures and a head wound.

The Roxy Music singer has now spoken of the "dark time" he went through as his son fought for his life at the Queen Elizabeth Hospital in Birmingham, England.

He tells U.K. chat show host Jonathan Ross, "It was pretty bad. It is the worst thing a parent could imagine. Thanks to the Nhs really. He was in the danger zone for a while, very much so, and now he is out of hospital for a bit. He has to go back for more operations. He is taking steps, he has a crutch. He is being very game about it. The accident was in December. It is the time of year you want to celebrate but it was a pretty dark time for us but it is going in the right direction."