It was a bountiful year for HBO and Breaking Bad.

After the Breaking Bad finale last year, it looks like this awards season is strictly dedicated to honoring the uber popular show. This week it was the TCA awards, where the story of a high school Chem teacher turned drug lord won the Association’s second annual Program of the Year award. Bryan Cranston accepted the award on behalf of the show, adding a little lighthearted note of his own.

Cranston is accepting his final round of awards for the acclaimed AMC show.

“It’s a little sad saying goodbye,” said series star Bryan Cranston. ‘This is the last time we’ll be up here, unless you create the category of newly departed show.”

So no, that probably won’t be happening. The big winner of the night was without a doubt HBO. Four of the awards went to shows from the network, including True Detective, which won for miniseries and individual achievement in drama for Matthew Mcconaughey. Another win was for Veep in the Best Comedy category, which it shared with FX’s Louie. Even the executive producer of the latter couldn’t help but throw a nod at HBO – even if it was all sarcasm – thanking them for cancelling Lucky Louis. “Otherwise, we wouldn’t be here,” he said.

“Saturday Night Live” head writer Colin Jost was on hand to accept the heritage award on behalf of the show, and credited Lorne Michaels with the show’s longevity (quote via Variety). “Lorne’s never afraid to lose great performers,” he said, “and replace them with completely untested performers like myself.” 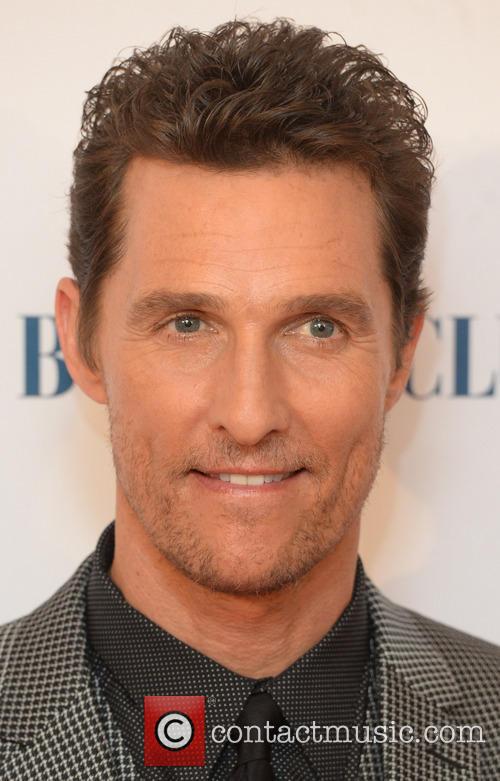 Matthew McConaughey won for his role in True Detective.

Finally, the work of legendary producer/writer James Burrows was honored with the Career Achievement award, which he accepted with a bit of his classic wit: “I guess you’ve forgiven me for getting Sam and Diane together,” he deadpanned. “I know you guys write stuff I don’t always agree with, but I agree with this.”