Japanese Movie Monster Godzilla Has Been Named An Official Resident Of Tokyo And Appointed As A Tourism Ambassador For The City. 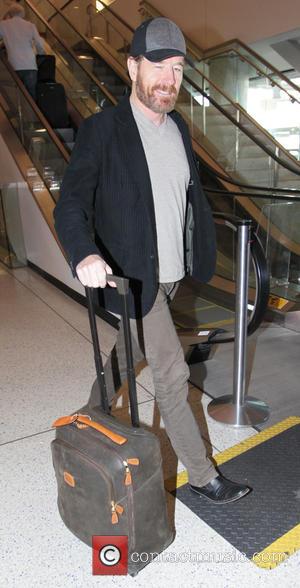 Picture: American actor and star of the hit TV show 'Breaking Bad' Bryan Cranston was snapped as he departed from Los Angeles International Airport in Los...

The building-stomping beast, last seen onscreen in a 2014 Hollywood reboot starring Bryan Cranston, was made an official citizen of Tokyo's Shinjuku district, an area which was flattened by its new resident in three Godzilla films.

The announcement was made at a special ceremony on Thursday (09Apr15) attended by local mayor Kenichi Yoshizumi, who also named Godzilla as an official tourism ambassador.

A huge statue of Godzilla's head has been unveiled on the roof of the offices of Toho, the Tokyo-based film company behind the original 1954 classic and 27 follow-ups.

Toho's next Godzilla film is due for release next year (16) after a 10-year absence, while a sequel to the 2014 Hollywood version is expected to hit cinemas in 2018.

The hometown honours come more than a decade after Godzilla received a star on the Hollywood Walk of Fame in Los Angeles in 2004.