Godzilla on his poorest behaviour in the extended trailer for the upcoming film, rampaging through cities and successfully destroying any military forces who attempt to prevent him from wiping out the human race.

The extended trailer for Godzilla has been released and shows the large lizard at his very worst: causing Tsunamis, destroying cities and taking on the US armed forces.

Advertised by Legendary pictures as "An epic rebirth to Toho's iconic Godzilla, this spectacular adventure pits the world's most famous monster against malevolent creatures who, bolstered by humanity's scientific arrogance, threaten our very existence." This upcoming movie appears to be less tongue-in-cheek than the 1998 version starring Matthew Broderick but certainly boasts a larger budget and more terrifying creature as the central focus of this action movie. 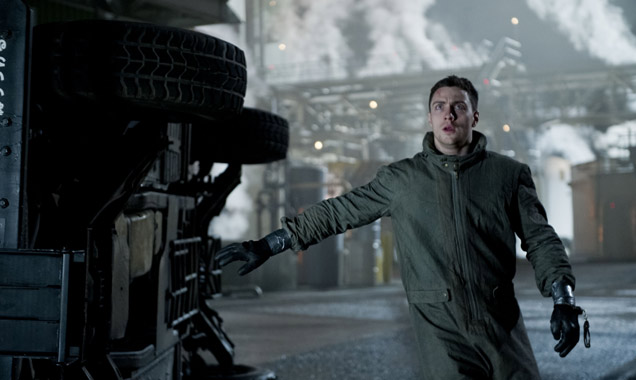 The soon to be released version of the classic Japanese comic book tale, Bryan Cranston (Breaking Bad) stars as scientist Joe Brody whose involvement in nuclear experimentation at a power plant leads to worldwide havoc in the form of the ginormous reptile, Gozilla. Brody's son Ford, played by Aaron Taylor Johnson (Kick-Ass), is part of the US armed forces and is desperate to protect his wife, Elle (Elizabeth Olsen), and his family from the dangers posed by Godzilla's rampage. This stellar cast also includes Juliette Binoche (Chocolat) as Joe's wife; Sally Hawkins (Blue Jasmine); and Ken Watanabe (Unforgiven). 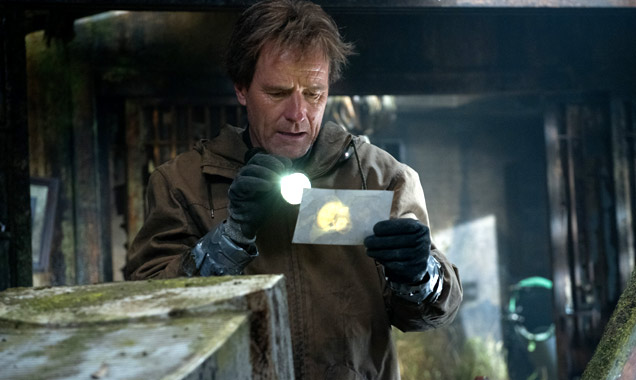 Bryan Cranston stars as Joe Brody who realises the natural disasters felt worldwide may have a more sinister reason behind them.

The extended trailer is certainly more action packed than the initial teaser trailers we've seen previously. There's more violence and more hint as to what's in store for our heroes. Whilst the original trailers focused in on the destruction Godzilla caused and the human response to seeing a giant lizard meandering around the globe, the extended trailer gives you more of a taste of the fast paced action this movie promises to contain. 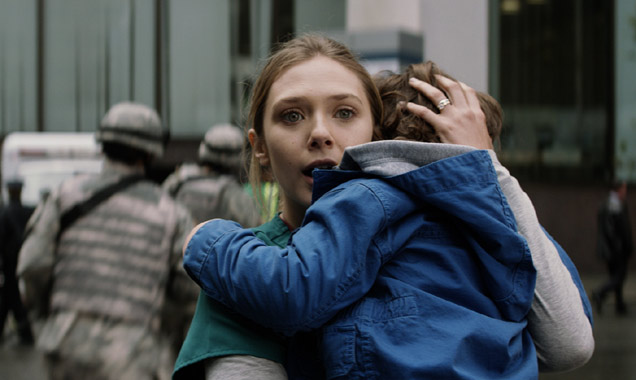 If 1998's Godzilla was considerably more impressive than clay 1954 model, 2014's version has surpassed in size any destructive nature anything we have seen before. The trailer shows only a deliberately slow flick of Godzilla's tail as he hovers over cities and smashes airplanes.  With only a few flashes of Godzilla's head on the trailer and little given away on promotional images, viewers will be in for a shock when they see the sheer size of this elephantine reptile. Those with a nervous disposition are advised to avoid 3D - if we're scared by the 2D trailers, one can only imagine what we're in for on the big screen!

Watch the extended trailer for Godzilla:

Has this year's Godzilla surpassed in size every one of its film predecessors?