Bryan Cranston Will Not Rule Out Return To 'Breaking Bad' Character: "I Don't Know' If Walter White Is Dead"

The 58 year-old actor has left many fans confused about the fate of meth kingpin Walter White. "Hey, you never saw bags zip up or anything," he speculated on whether or not his character died. 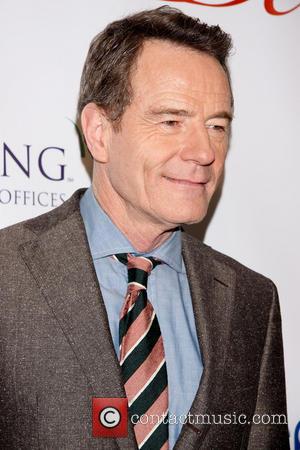 The 58 year-old actor may have changed many fans' minds as to what actually happened at the end of the AMC hit series.

Cranston confessed that the fate of meth king pin Walter White, who he played, is very debatable.

The main character was presumed to have died in the final episode of the Award-winning series, but could this mean he didn't meet an untimely end?

The revelation came when Cranston was being interviewed by CNN's Ashleigh Banfield, and she was the first to trigger the discussion on White's supposed death.

"I'm going to ask you, really, seriously, I wasn't so sure that you died, I really wasn't," she said.

"Hey, you never saw bags zip up or anything," Cranston replied.

"Is he dead?" Banfield intently asked.

"I don't know," the former 'Malcolm in the Middle' star retorted.

Banfield then took this opportunity to find out if Cranston would ever revisit the role of Walter White, to which he said, "Never say never."

Bryan would never want to rule out the possibility of playing the fan favorite character because, according to him, it was the part of a lifetime.

"I think every actor is just looking for an opportunity to be able to showcase themselves and their talents," he said. "I knew when I read [Breaking Bad's script] that whoever was fortunate enough to get this role...it's gonna change their career."

MORE: Aaron Paul Ranks 'Breaking Bad' Up There With The Very Best of All Time

This was the final scene of Walter White, it was initially believed that he died