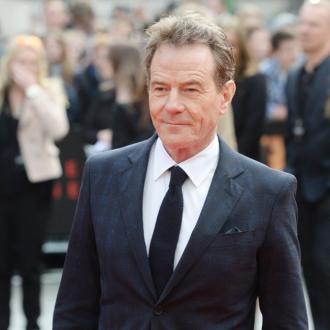 The 58-year-old actor picked up a number of phrases to use in his latest movie 'Godzilla', but found it very hard to master even short bursts of the unfamiliar tongue.

During an interview on BBC Radio 1, he said: '' learned it in context with the scene but you don't want to hone in too much because they'll change the scripts, so what you learn will become, 'Oh no, we're not going to do that scene?'

''A lot of it was done phonetically and we had a language coach on set to help and even when you read it, for the English speaker, to read Japanese phonetically is still difficult because they change that, there's a lilt to it that's not written. The tone is different.

''They could teach you anything. They could destroy your career.''

Bryan is best known for playing teacher-turned-drug lord Walter White - aka Heisenberg - in TV series 'Breaking Bad' and admits he is not always impressed by the tattoo tributes he sees in honour of his alter ego.

He said: ''I've seen tattoos of Heisenberg or Walter White on derrieres too. It was impressive that they did this but it's something you don't want to look at, it's not like it was on a 25-year-old model.''