Bryan Cranston All the Way 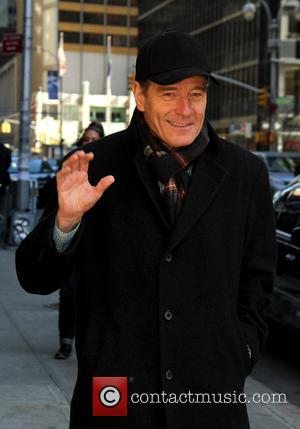 Picture: Bryan Cranston - Celebrities outside the Ed Sullivan Theater as they arrive for their taping on the Late Show with David Letterman - New York,...

Actor Bryan Cranston has gained a new perspective on human communication after silencing himself for one day a week in a bid to save his voice for his Broadway play All the Way.

The Breaking Bad star is portraying former U.S. President Lyndon B. Johnson onstage and reveals he had to stop talking for one day a week after finding himself losing his voice early on in the production.

He says, "We did the show in Boston and near the end of the run there, I could feel my throat getting hoarse and I need everything because Lbj was ferocious.

"I talked to a wonderful actor, Audra MCDonald, and she did Porgy and Bess and she told me her ear, nose and throat (doctor) told her, 'You shut down on Mondays, don't say anything on Mondays', so I started 'silent Mondays'... and it's really helped."

He adds, "It's changed my perspective on things too. It makes things simpler... We're so keyed into talking all the time. You have a thought and normally you'd say it, but, on Mondays, I'm starting to write it and then realise, 'Oh, it's not even worth writing'. I slow down my thinking, I look at architecture more. It is fascinating, it's a whole other appreciation for human beings."