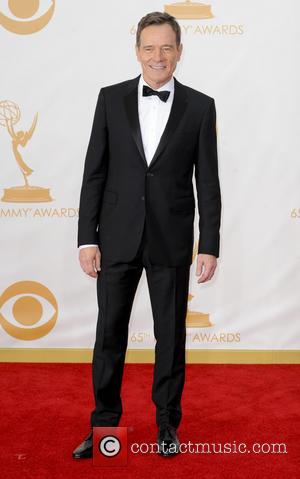 Bryan Cranston has recruited his former Malcolm In The Middle co-star Jane Kaczmarek to film an alternative spoof finale for his hit Tv show Breaking Bad.

The actor reunites with his other Tv wife Kaczmarek in the comedy clip, which was reportedly filmed for inclusion on a Breaking Bad boxset, in a sequence which suggests the whole five seasons of the hit drama was simply a bad dream suffered by Cranston's Malcolm in the Middle character, Hal.

Lying in bed as Hal, beside Kaczmarek as his wife, Lois, he says of his drug-dealing character Walter White, "I had the scariest dream... I was this meth dealer. I was this world-class chemist", while Lois retorts that she can't believe her husband would be capable of "cooking anything".

He goes on to cry as he recalls dreaming about how he "made bombs" and "killed people", prompting Kaczmarek to respond, "If you think this nightmare is going to keep you from driving the kids to school, you have another thing coming."

After the onscreen couple turns off the lights, the camera pans to a shot of the iconic black hat worn by Walter White, which is placed on a bedside chair.