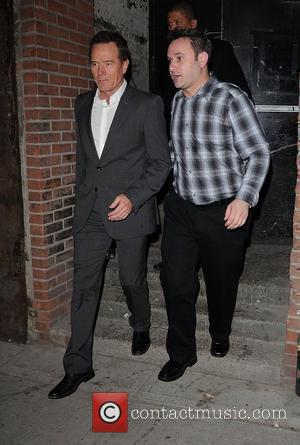 Actor Bryan Cranston has defended movie bosses' decision to remake Total Recall, insisting the new film will be much "better" than the 1990 original.
Cranston stars alongside Irish actor Colin Farrell, who takes over the role made famous by Arnold Schwarzenegger, in the new adaptation of Philip K. DICk story's We Can Remember It for You Wholesale.
The Malcolm in the Middle star insists the new script is better than the 1990 film and he is more confident in lead actor Farrell.
He tells New York Magazine, "I don't think there is much of a challenge at all. I think the script is better. We certainly have a tremendous upgrade in our lead actor. That is less of a comment on Arnold (Schwarzenegger) and more of a comment on Colin (Farrell).
"The special effects over the last 20 years have grown exponentially, so that is going to be a heightened experience. And I just think it is an exciting movie. You know it's going to entertain - I can guarantee you that."
The new Total Recall movie is slated for release in August next year (12).