Time for the endgame.

It’s the final curtain call for Breaking Bad’s Walter White, as showrunner Vince Gilligan and company let us know in a big way last night. A word of warning, this is a recap, chock-full of spoilers, so if you haven’t yet had a chance to see 'Blood Money,' you might want to skip this article. You have been warned. Cast your mind back to a man not yet corrupted...

After the last episode, which aired on AMC almost a year ago, everyone knew well and truly where they stood – Walt’s transformation into a vicious drug kingpin was complete, while his brother-in-law, D.E.A. agent Hank had just connected the dots and found out his secret identity. Can you say “showdown”?

Throughout the series, Walter White has tried multiple times to get away from the meth business and, at the end of the last episode, it looked like he was finally successful – with all his enemies dead and Mr. White a rich man, he was able to enjoy a barbecue with his family as a regular, free man. Of course, longtime fans of the series know better than to expect any safety in Gilligan’s writing and pretty soon, Hank was flipping through the Walt Whitman tome Leaves of Grass, revealing the unassuming former chemistry teacher as the infamous Heisenberg. Now, through multiple flashbacks and forwards, the scene is set for the rest of the series.

This is not that man.

Walt’s cancer has returned. Jesse is trying to do the right thing, in the only way he knows. Both of them are struggling with staying away from the meth trade. And, in one epic showdown, pitting the once comical Hank against Walter, our protagonist-turned-antagonist’s true nature is revealed, as he tells his brother-in-law, in one chilling bit of dialogue, that if he doesn’t know who he’s talking to, the best course of action would be to tread lightly. Yikes. Most of us can already tell how this will play out. Still, it’ll be a thrill ride to watch it unfold. 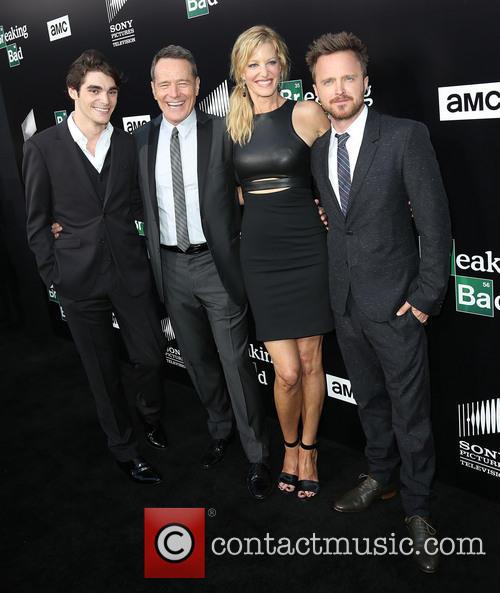 Gilligan and co. seem intent on reminding us with every scene that this is, in fact, the end.