How Much of Walter White Will We See in Bryan Cranston's Lex Luthor?

Some of the character's intricacies overlap, but which ones will Cranston play on?

Bryan Cranston’s casting as Lex Luthor seems to have hit the sweet spot for fans of the franchise. They have a recently minted – in terms of awards – actor to play a seminal role in Man of Steel 2. Cranston’s Walter White couldn’t be more popular right now. But how much of the egotistic, power-hungry Walt will we see in the similarly bald Lex Luthor?

Well, Luthor is a mad scientist, and, when you strip away the connotations of that mantle, you get something close to Walter White: a scientist – sort of – and he must have been mad to pull off some of the stuff he’s done. We can see this crazed aspect of Cranston's character morphing it's way into Man of Steel 2.

From rags to riches?

Something that won’t come through in Luthor is Walt’s vulnerability. Even if you haven’t seen Breaking Bad yet, you know the premise. An aging high school chemistry teacher decides to cook meth to provide something for his family, to make a little money. Luthor’s rich; he’s got money coming out of any orifice you care to mention.

One thing White and Luthor will definitely share is that ego; Lex believes he could have aided the entire human race if not for Superman's interference. This modern interpretation of the character sees him value his own reputation and success above the good of others. Something Cranston’s character in AMC’s meth drama is guilty many times. 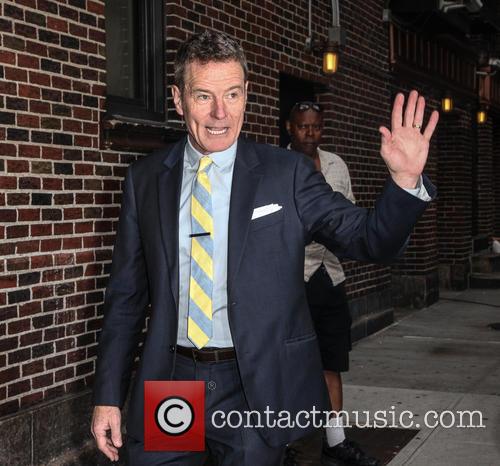 As Cranston waves goodbye to Breaking Bad, Luther comes along

As opposed to the casting of Ben Affleck as Batman, it seems people can get on board with the Cranston decision. And that probably has something to do with his multi-Emmy award-winning turn as Walter White in Breaking Bad, which has returned recently for the second half of season five, and to critical acclaim, too. Cranston seems like the perfect choice to play the complex character of Lex, and hopefully some of Walt’s tropes – the one who make him so compelling – will come across in Man of Steel 2.