Adams was travelling to Egypt to perform a concert at the Pyramids.

Rock star Bryan Adams has been left fuming after an encounter with customs in Egypt, when a border official painted a number on a vintage guitar he owns.

56 year old Canadian star Adams, known as the Groover From Vancouver, was travelling to the North African country in order to perform a concert at the Pyramids in Giza, shared a picture of the vintage Martin acoustic guitar after the zealous border agent had at it with some green paint, scrawling a number and illegible figure on the wooden instrument near the neck.

“Airport customs graffiti on my 1957 Martin D-18 from Egypt” the rocker had captioned the Instagram photo, clearly displeased at what had happened.

Airport customs graffiti on my 1957 Martin D-18 from Egypt. Back to the luthier... #bryanadamsgetup

A customs official explained to AFP in reaction that musical instruments were marked as a matter of routine when touring musicians came to the country, although stickers were usually used instead. Asked about the green ink, he is said to have replied “maybe it wasn’t us?”

Adams also took to Facebook on Friday (March 11th) saying that he and his touring crew had experienced problems even getting in to Egypt. “We almost didn’t get the equipment into the country, and when we did it was all marked like this. There were absolutely no apologies.” 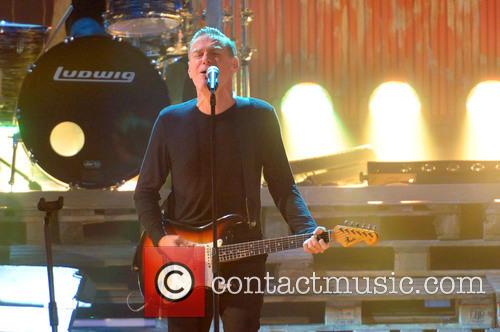 Despite the incident, Adams has said that he intends to play there again someday. “Rest assured, apart from this incident, I love Egypt and look forward to returning again one day. But without the green paint markers please.”

This isn’t the first time that something like this has happened to Adams, as he voiced displeasure at Air Canada last July after he tweeted that somebody from the airline had scribbled a serial number on another of his guitars in indelible black ink.