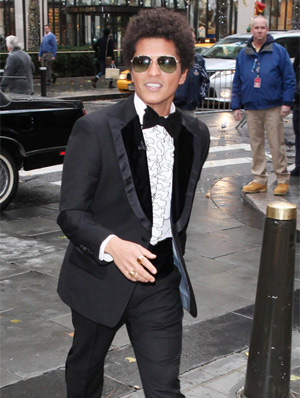 Atlantic recording artist Bruno Mars has unveiled details of his hugely anticipated world tour.  The North American leg of "The Moonshine Jungle World Tour" gets underway on June 22nd at Washington, DC's Verizon Center and then continues through August.  The European leg of the tour begins October 2nd in Belfast, Northern Ireland. Special guests on select dates of the North American leg include Ellie Goulding and newly signed Elektra artist Fitz & The Tantrums.  Tickets for select North American dates and all European dates and will go on-sale March 1st.