Bruno Mars is grateful his initial record, signed when he was just 18, didn't work out. 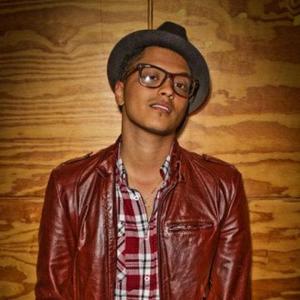 The 25-year-old Hawaiian singer moved to California and signed to Motown Records when he was just 18, but his initial attempts at stardom flopped, which he believes is good for the artist he has now become.

He said: "I was a little too young. Coming from Hawaii and singing a bunch of cover songs, I didn't realise what it takes to do something like this. I was just blind.

"Thank God success didn't happen when I was that young. I applaud all the young cats who have done it, but I wonder how they handle it at such a young age.

"I went away and learned to compose a song. I learned how to put my thoughts on a piece of paper and put melody behind it."

The 'Grenade' hitmaker believes the key to his success are his simple lyrics that people can relate to.

He explained: "'Just The Way You Are' is a pretty standard love song but a lot of guys can relate to being in that situation.

"I've had guys come up and tell me it's their wedding song. My lyrics are not the most poetic but they are straight to the point."