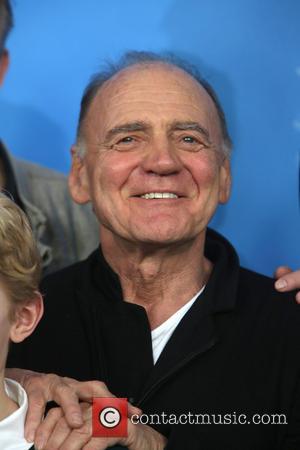 We have a new pope - Unknown star Bruno Ganz.

The Swiss actor will play the pontiff in Ridley Scott's new cable series The Vatican, according to the project's star Matthew Goode.

The Watchmen actor tells Wenn, "I'm playing the papal secretary (Bernd Koch), the pope's right hand man. Bruno Ganz is going to play the pope and Kyle Chandler and Sebastian Koch are in it as well. It's shaping up incredibly nicely and I'm quite scared because Ridley's directing it, who I love."

The news comes just a day after Pope Benedict Xvi officially resigned as the head of the Roman Catholic Church.

The religious leader, who was elected Pope in 2005, left the Vatican by helicopter on Thursday (28Feb13) to the cheers of crowds outside the Apostolic Palace as the bells of St. Peter's Basilica rang throughout Vatican City.

A new Pope is expected to be named later this month (Mar13).