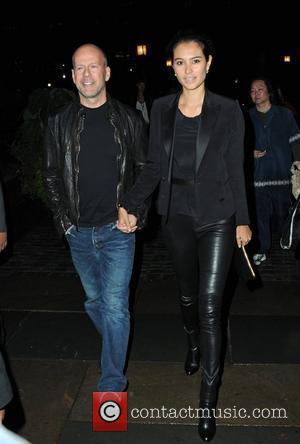 Hollywood actor Bruce Willis is hoping to be a dad for the fourth time, admitting he "wouldn't be surprised" if new wife Emma Heming fell pregnant.
The 54-year-old Die Hard star and his 31-year-old bride married in March (09) and Willis admits the pair has discussed starting a family.
The actor has candidly opened up about the joy he's found with his new love, and now Willis admits he contemplates giving his three children with his actress ex, Demi Moore, a new stepsister or brother.
Asked about his parenting plans, the proud father explains, "I was astonished, astounded (when I met Emma)... I wouldn't be a bit surprised (if she falls pregnant)."