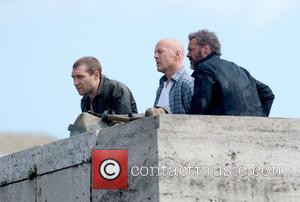 Bruce Willis and Dwayne Johnson's G.I. Joe sequel has been pushed back nine months so film experts can convert the action movie into 3D.
G.I. Joe: Retaliation was set to wow cinemagoers this summer (Jun12), but Paramount Pictures executives have decided to move the release of the movie to March (13) while they undertake the time-consuming 3D process - reports Deadline.com.
Converting a film into 3D hasn't always been successful - critics of the process savaged 2010's Clash of the Titans for unnecessary use of the technology, while this year's (12) re-release of Titanic in 3D was a worldwide box office hit.
A studio insider tells the movie industry site, "We’re going to do a conscientious 3D job because we’ve seen how it can better box office internationally. Jim Cameron did all of Titanic‘s 3D in post (production) - and look how well that movie turned out."
Paramount have had success delaying a movie before - they shunted Martin Scorsese's Shutter Island from October 2009 to February 2010 and enjoyed box office success.